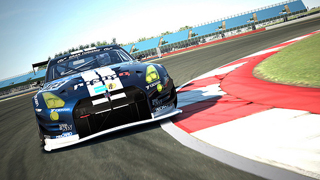 Next Tuesday, 2nd July, at 9.00am BST you will be able to get your hands on the demo for Gran Turismo 6. It promises to be a tantalising glimpse at what we will see when the game takes to the starting grid later this year. The even better news is that the demo is free and doesn’t require ownership of any Gran Turismo product.

What’s more, if you are in one of the GT Academy regions* then the demo could also be the ticket for your chance to race for real with Nissan.

The demo is structured as a GT Academy-style driver training concept where you progressively learn the skills required to push very expensive track monsters at full speed round impossible apexes. The course where the action takes place is Silverstone, the spiritual home of GT Academy (and one of the brand new confirmed GT6 track locations in GT6).

In GT Academy regions, once you’ve cleared the earlier rounds you will then have your shot to post your time to the leaderboard and see if you have got what it takes to progress to the next stage.

Regardless of whether you are in one of the GT Academy eligible countries or not, once you have proved your skills and made the grade through the initial rounds you will unlock special bonus content.

Details on the GT6 demo can be found on gran-turismo.com.